I was recently made aware of a tweet by Chris Hansen, formerly of Dateline NBC's popular show "To Catch A Predator".  The show aired from 2004 to 2007, but lives on in repeats and YouTube videos that are immensely popular.  "To Catch A Predator" was a hidden camera show where men would attempt to solicit underage women online for sexual encounters and show up at a house where Chris Hansen and a camera crew were waiting for them, along with, in some cases, the local police department.  The show was very entertaining, but also eye opening to the reality of sexual predators. 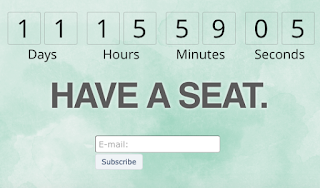 When you click the link following "Why don't you....", it goes to the website HansenVPredator.com which appears to be the name of the new show, "Hansen Vs Predator".  The countdown ends on Thursday, March 26, 2015 at 2:00 AM which will more than likely be the official announcement of the new show, or the new show's debut.  No further news is available about the show, it's format, or the network that will be carrying it.  I, for one, couldn't be more excited about the return of this fantastic show.  Not just for it's entertainment value, but to see how things have changed since 2007 with how men attempt to find underage women online.  With the advent of SnapChat, Instagram, Facebook and Craigslist Personals - it will be interesting to see how things have changed.

We will update this post as more info is made available!